The event was new on the EABA calender and marks one of the first and hopefully not the last event held at Swinton. Reg Davis currently coaches 25 under 16 players at Snooker and has only given his players 3 or 4 hours coaching at Billiards. Despite this his players gave a great show of potting and most demonstrated a good knowledge of the half ball shots.

Nearly all these players have now made 100 breaks at Snooker and are actively playing in local leagues. Despite a lack of billiards in the area they acquitted themselves well and made several decent breaks along the way.

We normally only record breaks over 30 but as the players were new to the game all breaks over 20 were recorded. Adam Stewart from Chesterfield being the most experienced player in the group went on to win the event as could be expected. But he did not have it all his own way and very nearly came unstuck in his semi final against Joshua Thomand who was leading most of the game with a great display of cannons and long potting.

In the Final again Adam struggled to find his form and after 35 minutes the scores were level when Adam ran in three consecutive breaks od 20,21,and 25 to put him 70 points clear. Jake Heyworth never recovered from this and began to miss some long pots which let Adam run to an easy victory.

In the plate final Sam Thomand defeated Dre Dean 172 to 128.

Several mid 20 breaks were recorded and the high break went to Mike Brindley in the plate of 44.

Pictures from the event and results below.

Adam Showing Top of the Table 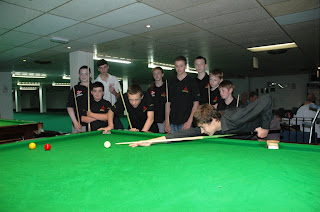 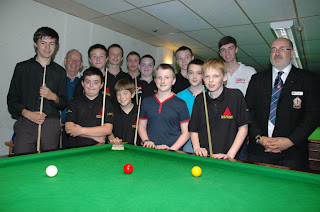 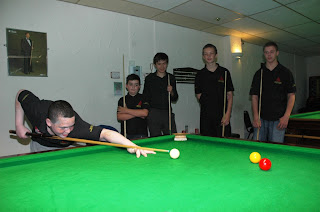 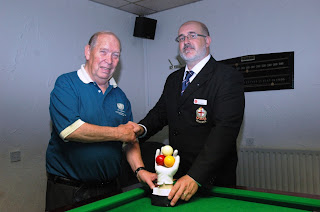 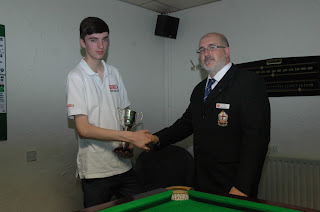 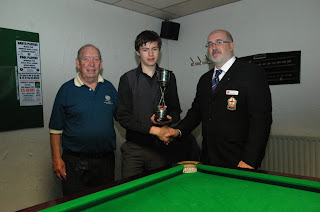